I talked with Lucy Jopling in her home in San Antonio. I was struck by the number of plants, many of them in bloom, in her yard. Lucy was casually dressed in slacks, a blouse, and slippers and wore a cross on a chain around her neck. She began by sharing some of her current medical problems, one of which explained the slippers.

I explained what I lightly refer to as the “ground rules”, and then we began our interview. We were sitting at her dining room table. Lucy left the room several times and came back with a framed assortment of medals, flight nurse wings, Thirteenth Air Force patch, and her discharge pin, which was actually a lapel button, a scrapbook filled with photos, and sacks of mementos such as military insignia.

After asking some background questions, I focused on where Lucy’s unit was assigned in the South Pacific and asked about her training to get her started. It only took that question for Lucy to begin relating her experiences. Lucy occasionally digresses, but always returns to the topic at hand. She strikes me as an intense person who feels strongly about certain things and is inclined to voice her opinion. She is a “spunky lady”—strong willed, and courageous in upholding her convictions. She became tearful at times, especially when talking about the flight nurse in her squadron who died during the war, but Lucy quickly recovered each time.

Lucy, who was chief nurse of her squadron, recalled that the flight nurses were required to have three survival items with them at all times: a cross, because natives would connect the cross with missionaries and thus treat the women well; a pistol for protection and to get food; and a cigarette lighter to make light, help cook food, and use as a signal to planes above. The cross Lucy was wearing for our interview was one given to her at that time. She also carried the words for Protestant or Catholic last rites.

When we finished our actual interview about Lucy’s time as a flight nurse, Lucy continued to talk about related experiences. Prior to her flight nurse assignment Lucy was stationed in the Philippines and was one of the nurses on Bataan and Corregidor. She was not taken prisoner by the Japanese, because she was sent out on the last submarine to leave the Philippines before Corregidor was surrendered.

Lucy suggested we go to lunch nearby, and that was the way our interview ended. She shared many insights that I think will be valuable to my study. I felt like she really appreciated having someone with whom to talk and even share lunch. The socializing, I’ve found, is mutually enjoyable and a fitting close to the interview setting. Lucy is a wonderful person, and I thoroughly enjoyed our time together.

Some of Lucy’s stories: Lucy remembers a mission she flew from Guadalcanal with patients, one of whom had a bomb fragment in his eye. She tried to be careful not to increase the pressure on the eye. Everyone on the plane was “scared to death,” because one engine would go out, then the other. Lucy had confidence that they would make it, and they did. Her worst experience of the war—and she was tearful as she recalled it—was when flight nurse Eloise Richardson left on a plane that never came back. “I saw them take off in a plane, and that was it,” Lucy said. This loss hit Lucy harder than anything else. As chief nurse, she had to write the letter telling the supposedly deceased flight nurse’s parents “they’d lost her.” Lucy summed it up, “Those are the things that never leave you.”

At the time of our interview Lucy was writing a book that she planned to title Warrior in White. It was to be a family history with particular focus on Lucy and her years as an army nurse. Watercress Press published the book under that title in 1990. 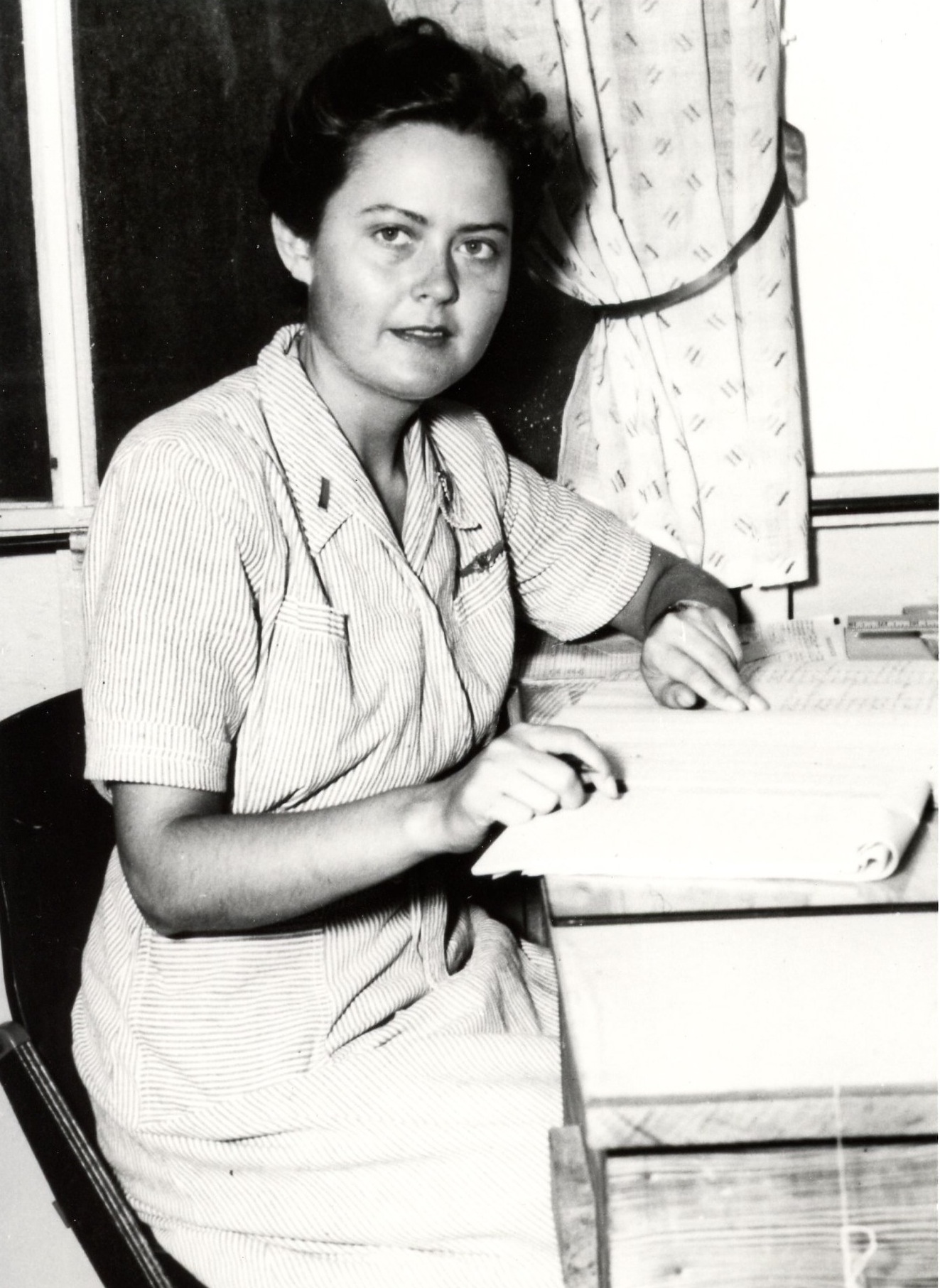