Alice Krieble is a short woman with brown hair and deep blue eyes that twinkle when she laughs. She met me in the parking lot of her apartment complex in San Antonio, Texas. She was casually, comfortably dressed. She has furnished her apartment tastefully with items of furniture, plants, pictures and photos on the walls, and mementos. Everywhere one glimpses the products of her creativity, such as dolls she has made, needlepoint, and wall hangings.

“I swore I’d never do this again,” Alice said to me as we began our interview. But she said she was agreeable to talking with me. It was not a personal affront, I knew, but simply her way of saying that she’d been interviewed about her World War II experiences so much that it got old. In fact, after the interview she admitted that she had tried to think of someone else I could talk to so that I wouldn’t have to interview her. I could appreciate her feelings, and I told her so.

Alice asked what I wanted from our time together, so I explained I was interested in the years she spent as a flight nurse during World War II. I said I could start by asking her a few questions, just to get her started. I said I didn’t expect her to give me a detailed account of everything she did, just to talk about some of her experiences.

I asked her some background questions, and that was all it took to get her started. She attempted to give me a detailed account of her career from graduation from nurses’ training in 1940 through retirement as a lieutenant colonel from the air force in 1965. We focused mainly on her flight nurse years. As she talked, Alice began leaning forward in her chair, closer to me, and she laughed easily as she remembered funny episodes that happened, such as when she lived with 24 other flight nurses in her squadron in England.

At one point Alice went into another room and brought out a scrapbook of photos she had made; she showed me pictures of her first duty assignment in Miami Beach before becoming a flight nurse. Another time she left the room and came back with a framed drawing one of the patients at Miami Beach had made of her.

Alice really needed no prompting. She, like Grace Wichtendahl, remembers her time as a flight nurse as simply doing the job she was sent to do.

Once Alice had finished talking about her war years, she continued to tell me about the rest of her career. Then we chatted about other topics, and she took me on a tour of her apartment, pointing out mementos and items she had made.

Before I left, Alice said that she hadn’t minded talking to me—what she really didn’t like was talking to large groups of women. She is a delightful woman who, I think, will never lack for things to do to keep her occupied. Somewhat a loner, she enjoys her lifestyle.

One of Alice’s stories: Alice reminisced about how she spent her time in between flights: “We’d all sing our hearts out hour after hour. If that isn’t good entertainment, I don’t know what is.” Crocheting was another activity in which both the men and the flight nurses participated. They would get parachute cords from parachutes no longer in use, sit in a circle, and, while talking and telling jokes, strip down the parachute cord to the finest thread, which the nurses then used as crochet thread. 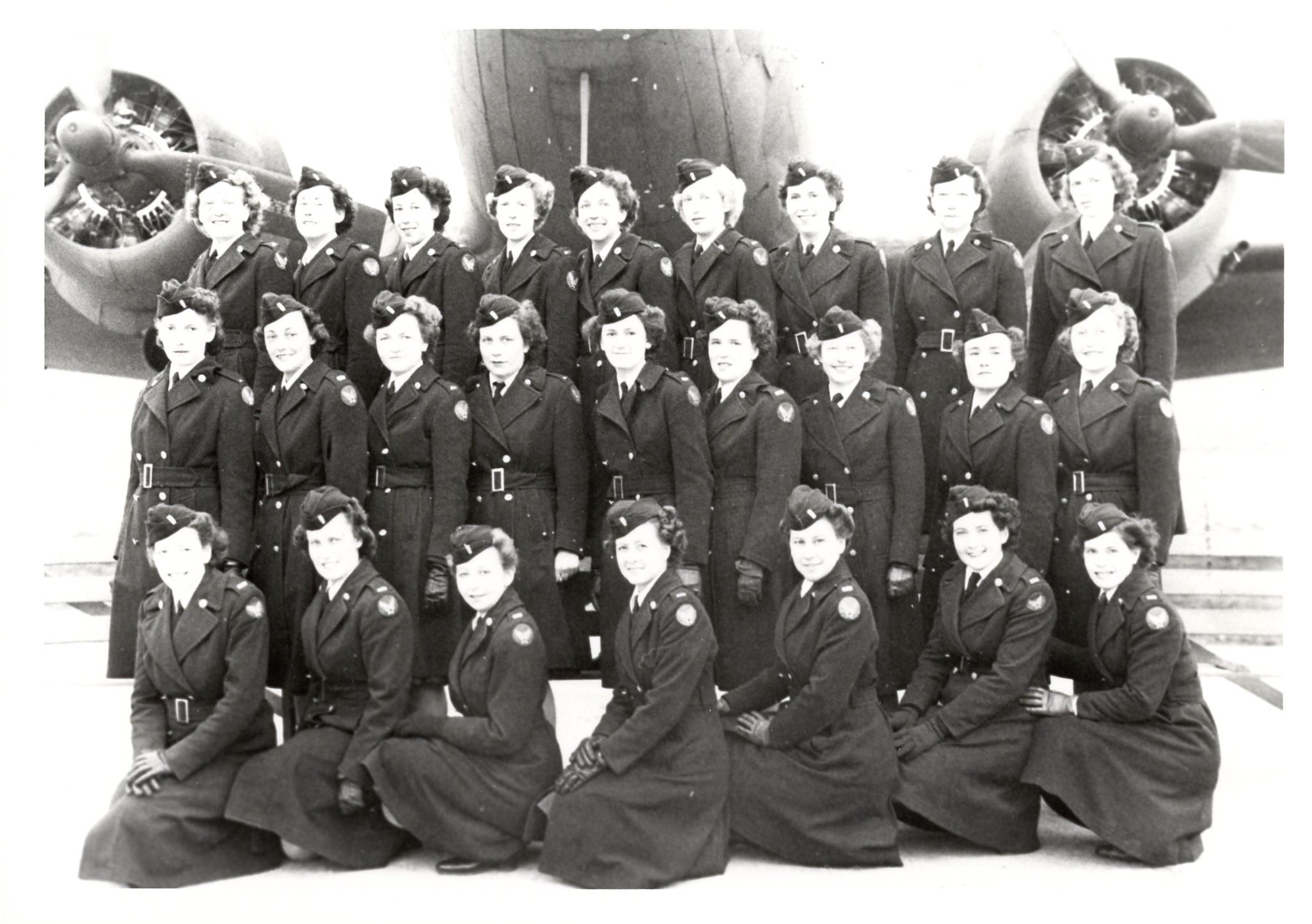